Churches and cathedrals in Europe often have massive
stand-alone stone tombs inside, complete with
carved effigies of the dead on top. My imagination
runs riot over these long ago people … did they
know each other, and how well? 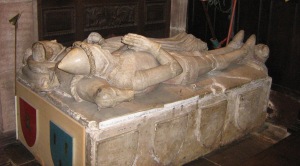 between two tombs
run whispers
(and him a Crusader knight
of boundless reknown –
she a gentlewoman
married and respected, say
the cold stone letters) 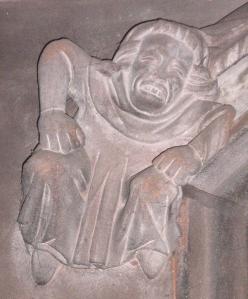 are of loins and tongues
long decayed
ripe with lust

the bodies lie
frigid in holiness
yet colour paints faces, fingers
and there’s a throbbing
in the stone

Born in England, she lives in British Columbia. She is married with three sons, Joanna has an MA from the University of British Columbia. She has published in numerous anthologies and in magazines in Canada, the US, UK, and New Zealand, such as Canadian Women's Studies, Convolvus, Endless Mountains Review, Grain, Green's Magazine, Prairie Fire, Spin, Wascana Review, CBC Gallery, and many more...
View all posts by Joanna M. Weston →
This entry was posted in love, poetry and tagged death, humour, love, poetry, relationships. Bookmark the permalink.