Remembrance Day, November 11th, is fast approaching. I’ve been reading my father’s poetry, and thinking of him. He died in Normandy, June 1944. His poems reveal how soldiers carry homes, families, their past, close to their hearts … 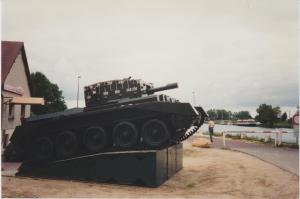 Small and plump and coloured
– Black and white and red –
Surprising as a toy of painted wood.’
John Jarmain

To Bethlehem: ‘This little book is delightful, full of … poems on this timeless subject. … the most fun is the little prose vignettes of the common people in the Christ-child story. The slave who looks after the wise men’s camels, or the overworked maid at the inn who has to fetch water for the birth, and many more. A lovely gift for the reader on your Christmas list!’ Rosalind Adams. Available from Amazon and Kindle.

Born in England, she lives in British Columbia. She is married with three sons, Joanna has an MA from the University of British Columbia. She has published in numerous anthologies and in magazines in Canada, the US, UK, and New Zealand, such as Canadian Women's Studies, Convolvus, Endless Mountains Review, Grain, Green's Magazine, Prairie Fire, Spin, Wascana Review, CBC Gallery, and many more...
View all posts by Joanna M. Weston →
This entry was posted in memory, poem, poetry, Remembrance Day, war and tagged apples, birds, children, memories, ocean, poem, sand, war. Bookmark the permalink.